Here is my pick of films to catch over the festival: 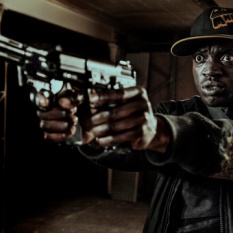 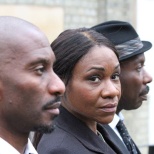 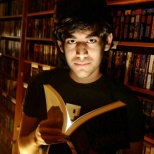 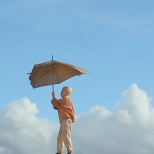 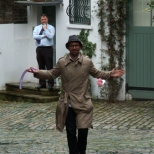 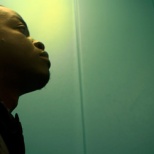 Hackney’s Finest – 9pm @ Hackney Picturehouse
A crowd pleasing tale of mayhem and ineptitude in East London, Hackney’s Finest is a riotous, knowing comedy-thriller that pits a group of hopeless Hackney drug dealers against a group of corrupt policemen, Russian thugs & Welsh-Jamaican arms dealers. An irreverent tale of greed, corruption and the fight for survival it serves as a knowing antidote to the tired British gangster genre. Festival Link

Blue Caprice – 5.30pm @ Hackney Picturehouse
Many films claim to seriously explore the African American experience. But few manage it as powerfully, and to such harrowing ends, as Blue Caprice, Alexandre Moors’ psychological drama inspired by the ‘Beltway Sniper’ shootings that took place in 2002 in Maryland, Virginia and Washington DC.  Festival Link

Concerning Violence – 3pm @ Hackney Picturehouse
Göran Hugo Olsson (The Black Power Mixtape) returns with another powerful filmic retrospective conjured from the archive. Inspired by Frantz Fanon’s book The Wretched of the Earth, Olsson’s film takes a look back on Africa’s independence and liberation movements, and the uprisings that led to much of Africa’s decolonisation. Festival Link

Angels in Exile – 6.30pm @ Rich Mix
A challenge to pervading myths about street children, Angels in Exile folds back the violent and often graphic image of homeless youth to show children facing a cycle of violence, rape, abductions and murder. The street kids of Durban, South Africa mostly have no way out, and director Billy Raftery commendably embeds himself within the community, many of whom are huffing glue as a means of temporary escape, and who are in turn facing addiction and a life of crime. Made over the course of 8 years. Festival Link

Family Reunion – 8.45pm @ Genesis
“Betrayal is the only truth that sticks.” – Arthur Miller
It’s that time of life; Dad, recently widowed, is now mourning the passing of his best friend, ‘Uncle’ Bernie. Joined by his adult children, Karen and Jason, the three return from the day’s funeral back to their family home. Cold and without the warmth their home once knew, Karen and Jason assure Dad of the imminent loving, family reunions ahead. Festival Link

The Internet’s Own Boy: The Story of Aaron Swartz – 9pm @ Genesis
Programming prodigy, information activist and tragic casualty of the crackdown on so called internet ‘piracy’, Aaron Swartz is a true internet celebrity, in the positive sense of the term. From his role in developing RSS to co-founding Reddit, he lay claim to being a genuine pioneer in the digital realm. But he was also a political campaigner, one whose dream of a better world meant access to information; a cause that would eventually land him in a two year legal battle for downloading academic material at MIT. Faced with 35 year jail term and punitive fines, he took his own life at 26, and promptly became a symbol for those fighting for a free web. Festival Link

White Shadow – 6pm @ Hackney Picturehouse
In Tanzania, witch doctors believe that albino body parts bring health, posterity and cures for dangerous illnesses. Within this environment is young albino boy Alias, who witnesses his father’s murder and is promptly sent to the city, where he lives with his uncle Kosmos, and becomes a hustling young businessman, selling DVDs and mobile phones. But despite some happy moments, not least potentially falling in love, Alias is locked in a fight for survival. Festival Link

Leave to Remain – 6.30pm @ Genesis
Social discrimination and adjusting to life in the UK are given powerful, emotive force in Leave to Remain, the debut feature from lauded television director Bruce Goodison. A young Afghan boy arrives at a refugee home, and encounters a society and a system that is seemingly rigged against him, and where the story he tells is seemingly more important than the truth. Festival Link

One Rogue Reporter – 4.00pm @ Rio
Recovering tabloid hack Rich Peppiatt has fallen out with the rag trade, it’s safe to say. Having mercilessly turned on the tabloid industry during the Leveson Inquiry, accusing the industry of both Islamaphobia and fitting the facts to match the story, here he turns his hand to filmmaking, in One Rogue Reporter  he delivers a mercilessly satirical dissection of his former trade. Festival Link

Drowned City – 6.30pm @ Genesis
Transmitting illegally on London’s radio airwaves can lead to an unlimited fine and a jail sentence. Filmed over a 3 year period, Drowned City follows 3 pirates with very different stories. A story of clandestine climbs up telephone pylons and tower-block rooftops, it’s an exploration of why people take dangerous risks just to play illegal music. Jay, who began his career aged just 13, left the scene by choice at 32 without ever being caught, whereas Sam Supplier’s pirate career was ended by a 2005 police raid, a huge fine and 2 years on bail. A film about aspiration, London, music and dwindling cultural scene, one which may soon only be preserved by ex-pirates telling tales about serving their communities through illegal acts. Festival Link

Irons In The Fire – 7pm @ Genesis
‘Irons in the Fire’ follows five inspirational young people, facing up to struggle as they conquer success. This Film Festival Premiere delivers a powerful story of how five young people, overcome adversity to reach their current success. Elevated by Idris Elba’s narration and George the Poet’s punchy & enlivening words, the film explores the importance of maintaining your own identity whilst appreciating the opportunities that exist for young people. Festival Link

Payday – 7pm @ Genesis
Narrated by George the Poet, PAYDAY is a unique performance documentary, which delves into the finances and lives of four twenty-somethings. The film focuses on the contrasting lives of our diverse cast from the moment they receive their ‘payday’ money to how they go on to spend, save or squander it. Festival Link